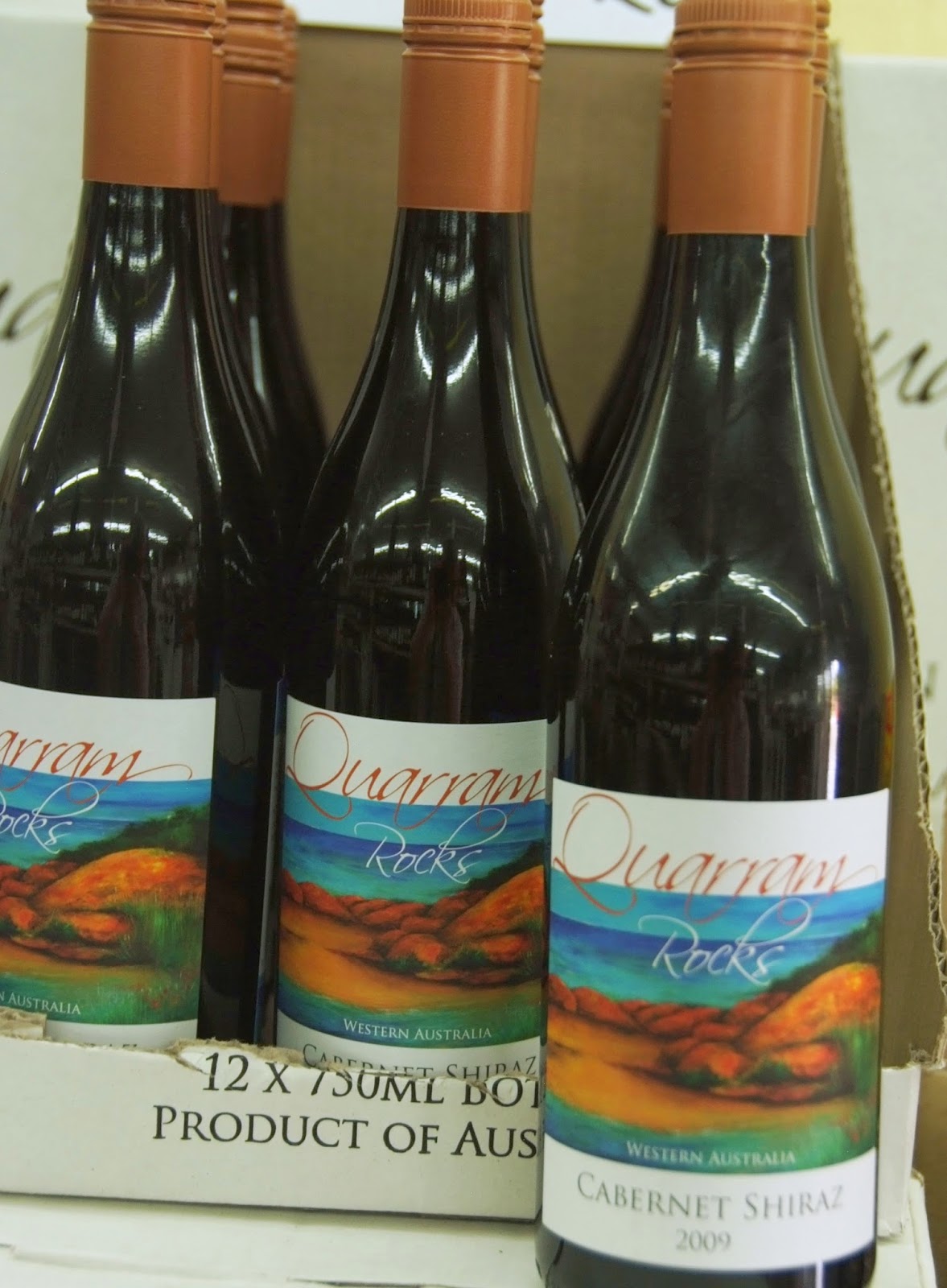 We're constantly receiving samples of wines in the post and last week two arrived from WA under the Quarram Rocks label. Many of you would remember the big, bold gutsy 2010 Pinot Noir with the beach scene label from the same winery. These two samples were both cabernet shiraz blends: 2008 and 2009.

On opening both wines were pretty impressive with the 2008 just having the edge. The next day though, the decision was really easy and tasting over the next two days just confirmed that the 2009 was the star.

The deal was we had to buy a lot to get the right price but it means we can offer this at near half price at just $10 a bottle. Best of all this is a genuine reduction with the wine not being offered at an inflated starting price to enhance the perceived bargain [sadly that happens a lot]. It also means that you can order a dozen, try it and order more if you agree. This is a lovely mid weight red that would appeal to just about everyone. It's offered at a quaffing price but has the quality for more special occasions. This is the perfect red for whacking on your most accessible wine rack so you're not tempted to raid the more expensive wines in the cellar.

Posted by The Outstanding Wineman at 12:16 PM