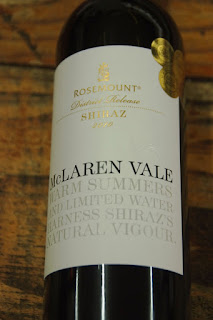 
The day after I opened a bottle of this I could still taste it. This is classic undervalued McLaren Vale. It's a rich intense mouthfiller that as the tasting notes say offers "lashings" of everything. Enjoy over the next 5 years
Media Release 25 November 2011
Trophy win for Rosemount at National Wine Show of Australia
The Rosemount winemaking team is celebrating after winning a Trophy at the National Wine Show of Australia in Canberra last night. The Wolf Blass Trophy for Best Shiraz Premium Classes was awarded to the 2010 Rosemount District Release McLaren Vale Shiraz.

Rosemount Winemaker Randall Cummins says: “I’m delighted with the result. Since first release the response to our regional range of wines has been tremendous and the Trophy win at the National Wine Show of Australia is recognition for the entire Rosemount winemaking team.”
In addition to the Trophy, the 2010 Rosemount District Release McLaren Vale Shiraz has been awarded an impressive 4 Gold and 3 Silver medals on the national wine show circuit in 2011. The Rosemount District Release range of wines highlights the importance of Rosemount's viticulture and the winemaker’s emphasis on the regional expression of fruit selection.
The 2010 District Release McLaren Vale Shiraz is dark red in colour with purple hues. An excellent expression of regional McLaren Vale Shiraz with generous lashings of dark plums, liquorice and dark chocolate, supported by hints of raspberry and spice.
The Rosemount District Release McLaren Vale Shiraz is available at leading retail stores nationally at RRP $19.99.
About the National Wine Show of Australia:
The National Wine Show of Australia is Australia’s premier national show for table wines, sparkling wines, fortified wines and brandy. The Show invites entries from across Australia in premium, commercial and aged classes for table, sparkling and fortified wines, and brandy. The purpose of the Show is to judge and promote the best of the best Australian wines. Wines must qualify through Australian regional and capital city wine shows to enter the premium, premium gold and single vineyard classes.
The premium and single vineyard classes are open to award winning wines only. Entries in the premium gold classes must be gold award winning wines.

Our Price: $16 per bottle by the dozen

SOLD OUT
Posted by The Outstanding Wineman at 11:12 AM No comments: 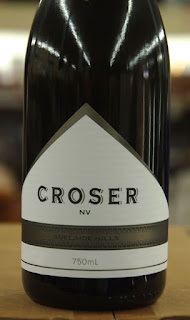 One of the most famous names in Oz sparkling wines is now a lot more affordable with the release of Croser NV. It first hit the shelves in 2009 and is a Pinot Noir Chardonnay blend from the Adelaide Hills.
Apparently it combines current vintage Croser with parcels of older vintages and we don't think there's anything better at this price point.

Our Price: $20 per bottle by the dozen

SOLD OUT
Posted by The Outstanding Wineman at 4:18 PM No comments:

WEBSITE SUPER SPECIAL
One of the stars of a recent riesling tasting we conducted.
Here are their tasting notes with which I totally concur apart from the ginger reference. I must have missed someting there

"This Jim Barry Riesling is classic Watervale—lemons, limes and a wonderfully clean, crisp finish. Just like a deliciously fresh party in your mouth. Enjoy!


Taste: Tight, aromatic and textural with a spine of natural grape acidity and a zesty, clean finish


Time: A wine created to be enjoyed upon release but also having the character to be cellared into the next decade to increase the complexity already apparent."

Our Price: $14 per bottle by the dozen

SOLD OUT
Posted by The Outstanding Wineman at 4:16 PM No comments: 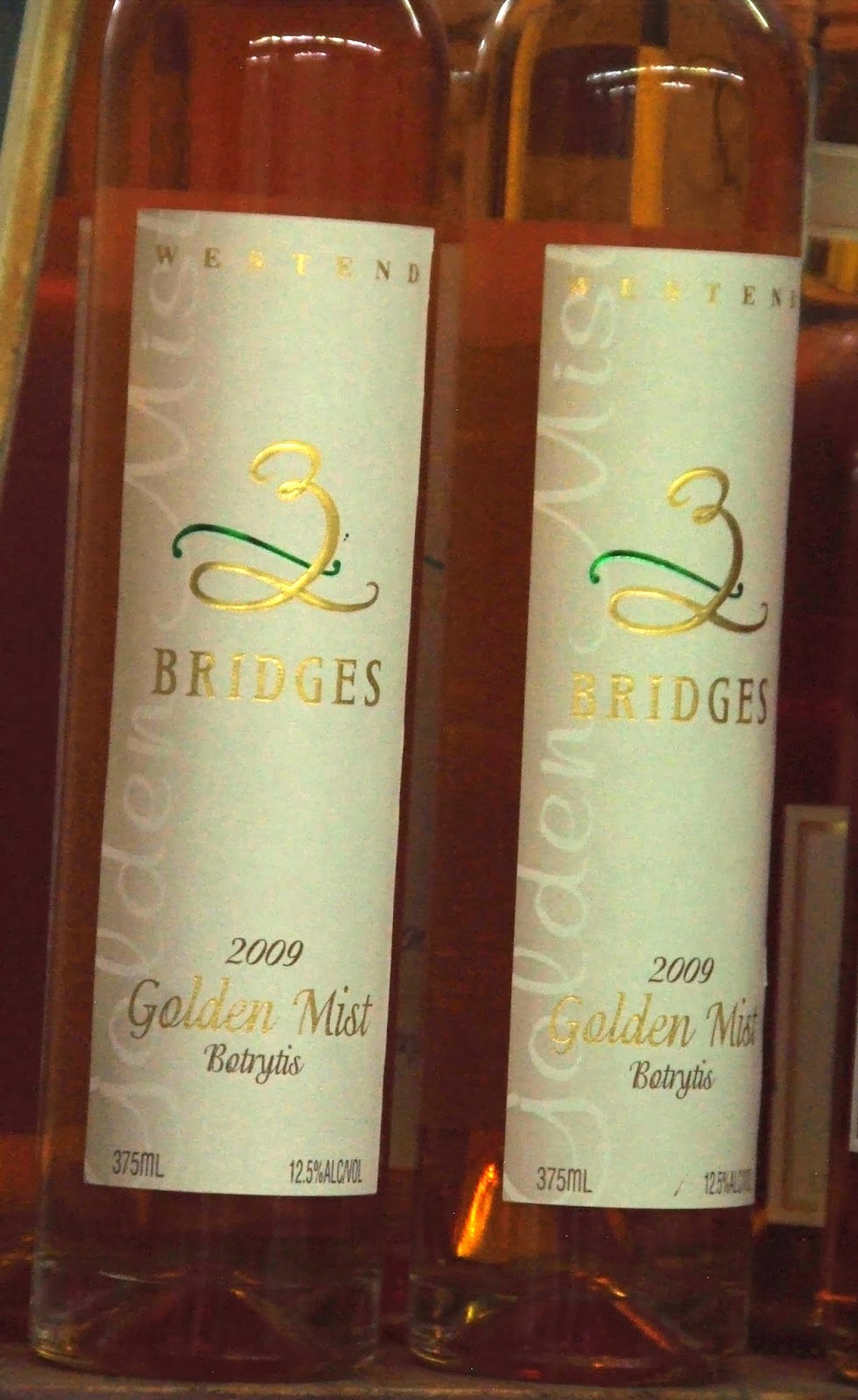 Here are the tasting notes from one of our favourite makers
"Light golden in colour, Golden Mist exhibits an elegant bouquet of pineapple, marmalade and Botrytis characters. The luscious palate of peach and citrus flavours combines with botrytis sweetness, finishing with a slight touch of refreshing acidity. A young wine which will age gracefully over the next several years further developing the characteristics renowned of this style of wine."

Our Price: $17 per bottle by the dozenSOLD OUT
Posted by The Outstanding Wineman at 6:46 PM No comments: