Home Bargains is a Poundland/$2 Shop type outlet with the most random little booze section I've ever seen. I picked out these four and I can enthusiastically recommend the lot.

Stella Cider? Who would have thought? Not only that it's an Elderflower flavour. If you like this style you will love this one. It's a little bit sweet but chill it right down with heaps of ice and you'll cut through that sweetness.
Not my type of drink but the quality at just 99p gives this a 4.5 rating.

Marstons EPA is one of those full of hop flavour mid strength beers [3.6% a/v] that we should be drinking Down Under.
Just £1.09 for a 500ml bottle makes this another 4.5 rating. 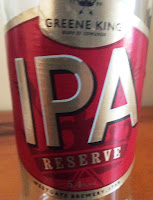 Greene King IPA Reserve is an outstanding beer. Gloriously bitter with the perfect balance of malt and hops. 5.4% a/v £1.49 for 500ml and 5/5 rating from me.


Posted by The Outstanding Wineman at 12:06 AM No comments: 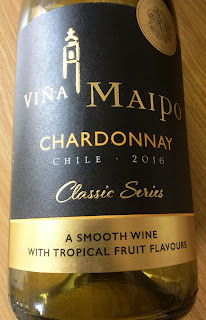 A front label description of "A smooth wine with tropical fruit flavours" gives the game away here. There's not much acid so this is a soft, drink NOW proposition. All the way from Chile it's an easy drinking, style that will neither offend nor excite. At the price it's good value.
3.5/5 rating from me

Posted by The Outstanding Wineman at 11:20 PM No comments:

This label deserved a better wine 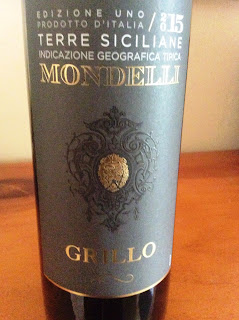 This ticked a few boxes for me as I picked it off the shelf. I liked the label, the back label read well, it was a new grape variety for me and it comfortably fits in most people's budget.
Unfortunately the contents didn't match the description or the quality of the label. Maybe it should have been consumed a year earlier but it was quite developed and austere with no discernible fruit to grab hold of. If I was still retailing I'd like to get rid of this fairly quickly. 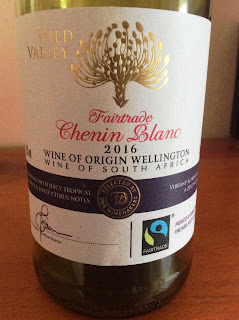 This one's from Wellington in South Africa. While I'm a huge fan of SA efforts with this variety, I just felt this one fell a bit short of my expectations. It's a very pleasant dry white that no one will take offence to. I'm just being picky looking for something a bit more definitive. 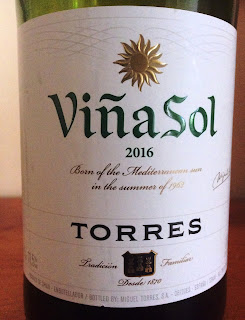 This has to be one of the most quaffable dry whites I've ever encountered. Unwooded, dazzling fruit with a crisp acidity.A welcome alternative for sauvignon blanc drinkers and will also satisfy chardonnay fanciers. This is a long established, well known label in the UK although I didn't encounter it until the very impressive 2015 vintage. This is every bit as good. The variety is most likely parellada so that's another one you can tick off the tasting
list.

5/5 rating from me
£6 from Sainsbury - although look for it on promotion for under five quid
Posted by The Outstanding Wineman at 9:50 PM No comments:

Pure dazzling fun in a bottle 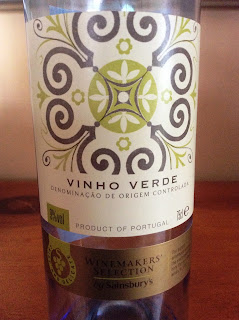 On one hand this is a simple, straightforward example of how Vinho Verde should be. Crisp, dry, clean fruit and a dash of tongue tingling spritzig. On the other it's a benchmark showing how dangerously drinkable this stuff can be at such an affordable price. Fortunately it's only 9% a/v and that's part of its charm. Perfect for a lunchtime quaff. Very highly recommended as an introduction to the vinho verde style.


Sainsbury's Winemakers' Selection Vinho Verde
Probably 2016
5/5 rating from me
£5.00  from Sainsbury's
Posted by The Outstanding Wineman at 9:19 PM No comments:

I really wouldn't bother with this one 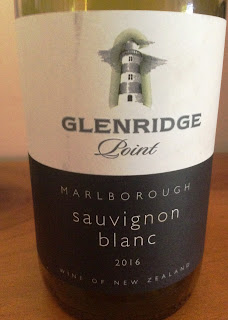 There's nothing wrong with this wine but nor does it have "all the hallmarks of classic Marlborough sauvignon" as the back label claims. It's perfectly pleasant but there are far better wines to be had at, or below, this price.

Glenridge Point 2016 Marlborough Sauvignon Blanc
2.5/5 rating from me
£6.50 from Sainsbury's
Posted by The Outstanding Wineman at 9:05 PM No comments: 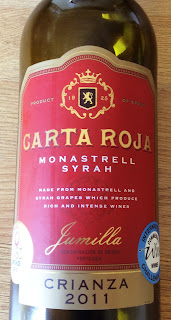 This is a lovely aged Spanish red fading in colour but still packing a charry mouth puckering punch. It's leathery and savoury. Not for everyone but should be 3 times the price.

Shopping Treats in the Azores 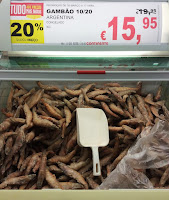 For me one of the treats of travelling is wandering around local supermarkets. Forget the centre aisles where all the processed rubbish is. I'm talking about the fresh food. The vegies, the meat, the seafood and of course the booze. Plus it's always fun deciphering the deals. 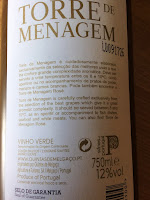 We found an outstanding one in Horta about halfway between the port and the hospital where we picked up this beauty. We wanted 2016 and we wanted something we'd never tasted before. This is a dazzling dry white at the quality end of vinho verde.

Posted by The Outstanding Wineman at 12:15 AM No comments:

The first Albarino I ever tasted was a weird and wonderful 2013 effort from Stanrock in New Zealand. It polarised opinion. 90% hated it, 10% thought it was the best white they'd ever tasted. That didn't surprise me and I like wines that get that type of response - although 50/50 would be better.
This is nothing like that which is probably a good thing for the makers and distributors. It's just not so exciting. 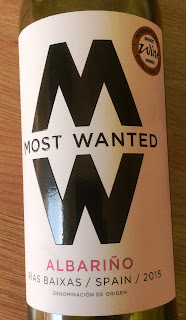 Albarino [aka Alvarinho in Portugal] is a white wine variety popular in the north western corner of the Iberian peninsula. This is a pretty mainstream effort that will appeal to most dry white drinkers. 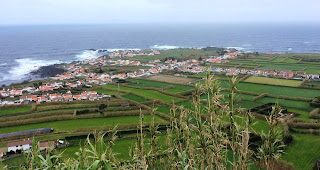 THE VIEW FROM THE TOP WITH FILIPE
March 2017
We booked this tour online through Green Zone Tours. It looked far more interesting than anything our cruise ship was offering, it would just be the two of us and we could escape our fellow passengers for a few hours. 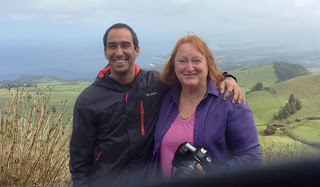 We were met by Filipe as planned at the Cruise Ship Terminal and off we went in his four wheel drive. Through the winding streets of Ponta Delgada along the coast road to a spectacular outlook over the Monastery Rock, sea and countryside. Next stop was the little town of Sete Cidades at the base of the crater. From there it was a minute or so to the two lakes that dominate the landscape and an explanation of the mythology surrounding them.
Then the real fun began as Filipe and the 4WD earnt their money climbing to the top of the crater's rim. It was a narrow dirt track with the occasional hazard of a farmer's tractor coming the other way. At each stop to admire the view the thought was "how much higher can we possibly go?" The answer was: right to the top at a knee trembling, wind howling 850 metres.
The views were worth the climb but with sheer drops either side of the track for most of the way there was relief that the return trip was in another direction with a more gentle decline. The final bonus was a detour around a huge mist enshrouded lake edged with azaleas before a rural drive back to town.
This was one of those occasions where reality far exceeded advertising hype. A glorious route through one of the most beautiful landscapes on the planet was enhanced even more by Filipe. He was a charming, knowledgeable and erudite guide and fortunately a very skilful driver. He explained at the beginning that he didn't prattle non-stop like some but would point out everything that mattered and we should ask whatever we wanted. It worked a treat.
This was an outstanding 3.5 hour trip, great value and highly recommended. I don't know whether you can ask for Filipe but I'd give it a go.

Posted by The Outstanding Wineman at 12:35 AM No comments: